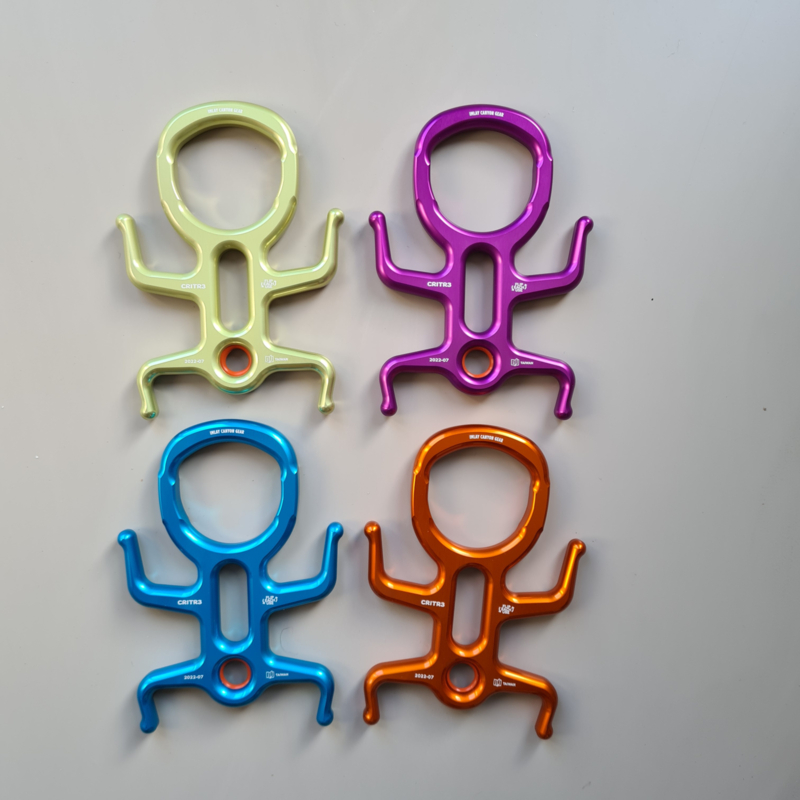 "CRITR: A good choice. I own far too many different types of rappelling devices, but these days I really only use a CRITR, and have encouraged many folks to switch to it. I own an ATC, but I usually only carry it as a lightweight backup device for the group. I descended Englestead the day after the fatality that started this thread, and being the first down had no belay. Just before the freehanging section I added some friction and the whole operation went smoothly with no concerns whatsoever. Yes, I can add friction with an ATC, but the ease at which one can do that with a CRITR or Sqwurel can't be beat. Complexity is not desirable when rappelling, especially when the people doing the rappelling may not be hardcore canyoneers with thousands of rappels completed. On my first trip through Englestead several years back I had a friend, a bigger guy loaded with gear, lose control of the initial rappel and it was only my belay that slowed him down. He was a big climber-type using an ATC, who simply was confident and hadn't given much thought to needing extra friction, and by the time he realized that he definitely really needed it, he didn't have enough control to stop and rig a Z-rig or anything of the sort. I have seen a couple of situations made worse by an ATC, and have never seen anything that would have been solved by it. Love the CRITR, great device."

The CRITR3 Rappel Device (patent pending) is the first canyoneering rappel device that lets you easily add friction WHILE RAPPELLING. The CRITR2’s unique design minimizes rope twists on single line rappels and also locks off easily.
The CRITR3 is symmetrical and can be flipped over for extended wear in sandy conditions.

For more info watch this video: