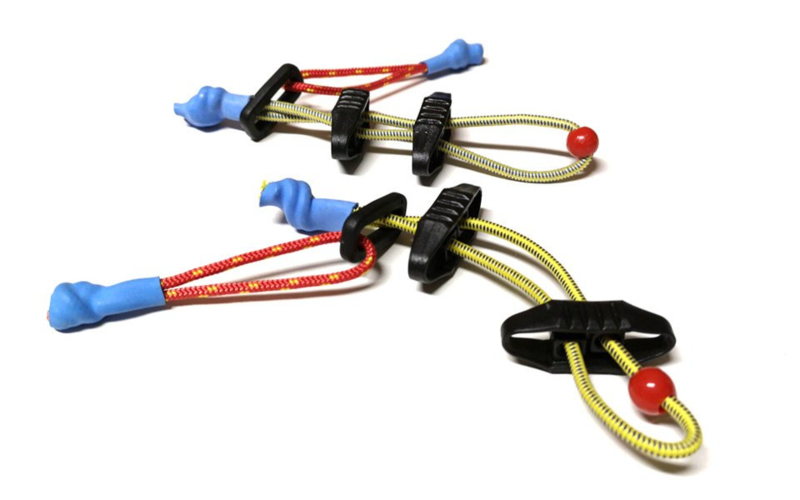 It is a studied removable system designed by Rodcle with which we can occasionally attach the ice ax to the canyon backpack without leaving any trace in the backpack itself if we do not have to carry the ice ax.

In order to use this system, the backpack must be equipped with the mounting hole system, which consists of strategically placed holes with which Porte-Piolet can be used.

It is sold in a set of the two units needed to carry a single ice ax.