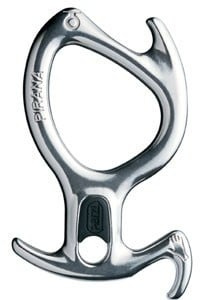 The PIRANA descender offers multiple braking positions and can be placed on the rope without having to take off the belt. Specially designed for canyoning.