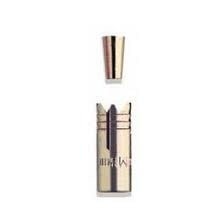 Self-drilling expansion bolt anchor, 15 mm diameter for 10 mm bolt.  This size matches not to use with the Petzl Coudée and Petzl Vrillée bolts (8mm bolts).  Works with Raumer Wing or Petzl Coeur Stainless.

Zinc-plated steel dowel fitted with an expansion cone to be placed on the hanger.

Self-drilling thanks to its small teeth, the self-drilling ankle does not require a perforator to be installed.
It is screwed at the end of the tampon on which one taps with a hammer, while turning the ankle.
When the hole is made, remove the dust, then drive the dowel in with the hammer after having inserted its expansion cone inside.

The cone therefore spreads the dowel which is definitively fixed, and on which a plate can now be screwed.