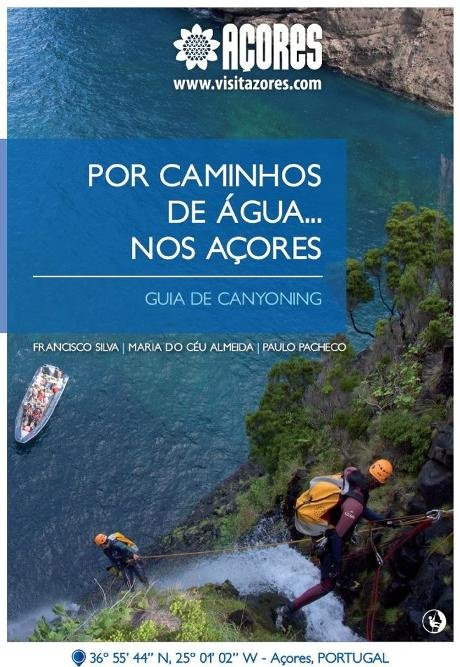 The Azores are a Portuguese archipelago in the Atlantic Ocean, in the middle of the ocean halfway to America. Currently, the archipelago consists of nine volcanic islands, of which six fulfill the conditions for the practice of canyoning: Flores, São Jorge, São Miguel, Santa Maria, Terceira and Faial.

The offers of a beautiful descent is plentiful, but each island has its idiosyncrasies. The island of Flores is the one with the largest variety of routes. São Jorge is essentially characterized by major vertical and ubiquity of the ocean, but most have a difficult logistics descents, where the use of a boat is necessary. In another style, Sao Miguel offers routes especially in the middle of the island with less water. Santa Maria a short routes, but with higher flow rates. Given their geomorphology and reduced surface drainage, Faial and Terceira have a low potential for canyoning canyons with attractive surroundings, but with a reduced rate.

The opening and development of the activity in the Azores is very recent. The first canyon was opened in 1997. Today the archipelago has about 100 open canyons, most tours are provided by Desnivel Association, led by Francisco Silva, a true pioneer of the practice on these islands.

The book he published with Maria do Céu Almeida and Paulo Pacheco, has 24 sheets canyons on the island of Flores, 16 in Sao Jorge, Sao Miguel 8, 6 in Santa Maria, 5 of Faial, Terceira 1 ... It's a comprehensive guide to all the elements that we look for is: topographic map to access the profile of canyons, descriptions, summarizing the tours.