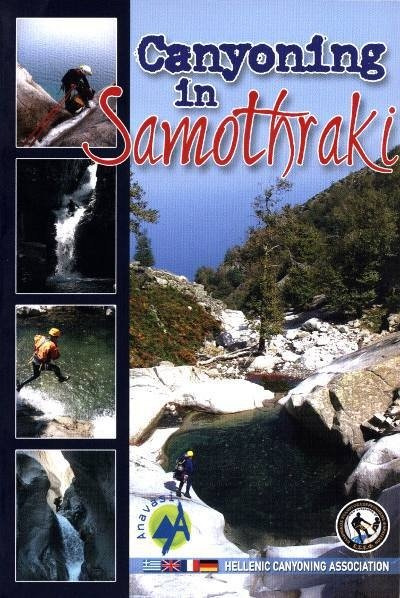 In a smaller size, but with an almost identical statement to the topoguide of Central Greece, this book presents 10 granite canyons of the island of Samothrace. This island in the northeast of the Aegean, although relatively small, still rises above 1600m. Since 2002 several expeditions several canyons, some of which end up in the sea These tours are now described in this book which was published in 2008.

For everyone will find what the men have discovered:
- Dimensions (height, length, time, difficulty), is the ideal times the recommended hardware ...
- A site plan
- A description in four languages
- A sketch profile
- Lots of color photos

The book also gives an overview, a brief historical and geological research.