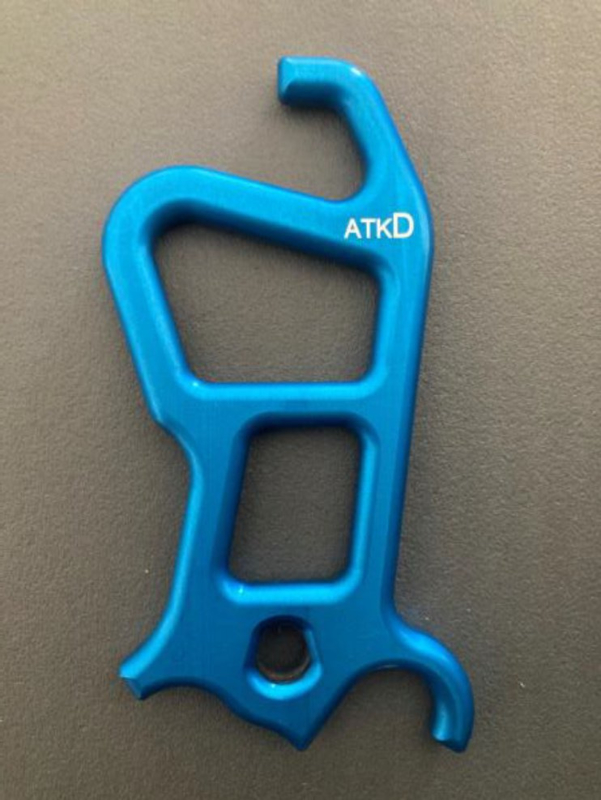 The canyon descender ATK has been developed and now on the market after several prototypes. Result of analyzes of situations encountered during years of field practice and supervision, the ATK descender is placed at the convergence of criteria of safety, ease of use but also evolution towards technicality. The ATK-D is similar to the ATK in its braking functions, but the ATKD has been optimized to be positioned at the relay, as a belay device
Discover the benefits of using.

For use and applicability, see the following PDF

The shape of the oval attachment point prevents rotation of the carabiner and thus makes use as a belay device possible.
Quick stop key, easy to make and releasable .
The ATKD allows the progressive recovery of tension thanks to the possibilities of braking.

The ATKD is a belay release with friction adjustment device. It can also be used as a rappel device
with possibility of friction adjustment.
Refer to the ATK instructions for use of the ATKD as an rappel device.
This device must not be used in any situation other than that for which it is intended.
The user is responsible for the use of the ATKD belay device, he must: