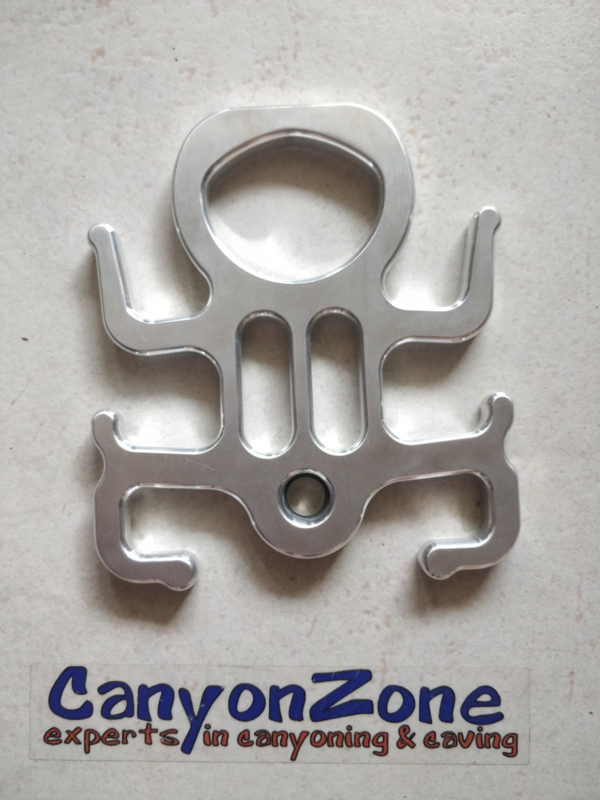 The Resonator 3000 is an experimental advanced descender designed for Recereational Canyoneering and Technical Search & Rescue. It is named Resonator 3000 because when hit with a carabiner it will produce a long lasting eerie sound resonating at a frequency of 3000Hz. The limited units currently in circulation are used by Search & Rescue technicians or their friends and family.

Please note the Resonator 3000 is not a 'clone' of other descenders (such as the Petzl Pirana, Rock Exotica Totem, Sterling ATS, CRTR, SQWRL, etc). It is a device that combines aspects found on several other devices into a unique versatile package that can fit many advanced rigging scenario but is still small enough to be used as a personal descender.

Some of the benefits of the Resonator:

For more information look on http://ropewiki.com/Resonator_3000