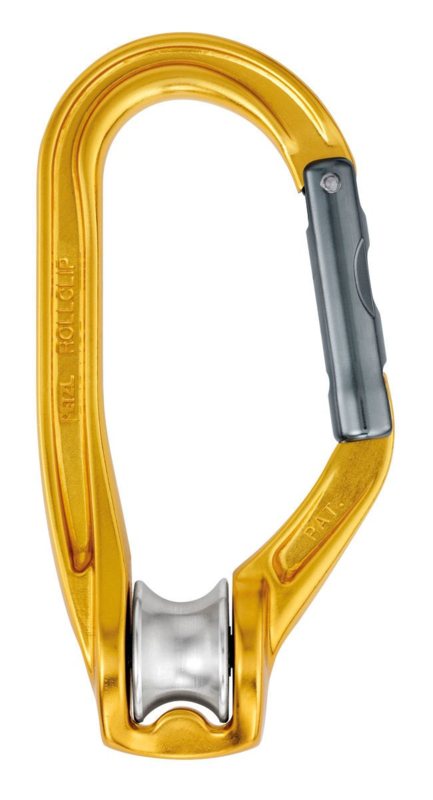 Carabiner with integrated pulley and snapper or TRIACT lock closure.

Versatile carabiner for example, is well suited to rope to lead with high efficiency.

Petzl Roll Clip A is a carabiner with integrated pulley, suitable for different applications.

The Roll Clip A is available with a TRIACT lock closure or with a snapper. The version equipped with TRIACT lock sealing, can be used to the friction on the working rope to a minimum, for example, during the installation of "Deviations" (omleidpunten) in Rope Access applications.

The Petzl roll clip which is equipped with a snapper (instead of TRIACT-lock closure), among others, can be used for short ascend on rope. Thanks to the simple opening of the snapper, the line quickly and without too much trouble installed when the pulley carabiner has been confirmed by ascender.